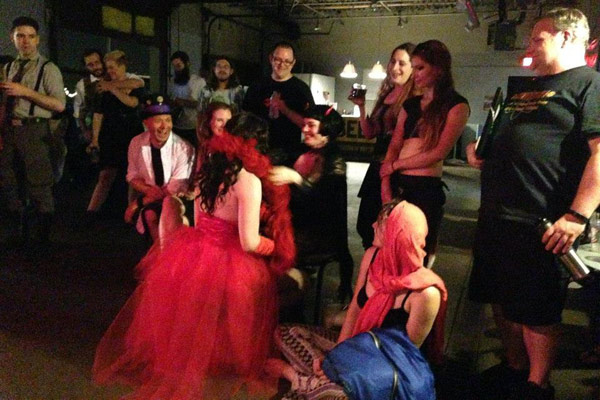 Ye Olde Yellow Cabaret V was the weekend after my birthday so what better way to celebrate! I always love a great party and steampunk’s love to party especially Airship Passepartout so we did just that! With June came heat and while one vendor did set up outdoors most chose the standard vendors room. By night time we opened all of the bay doors and had a great inside / outside event.

This time we were unable to book any food trucks for the event due to The Yellow Springs Street Fair being the same weekend. So, we provided maps and lists of local restaurants and many people walked to grab carry out or had pizzas delivered. As per usual just inside the entry way members of Airship Passepartout were greeting guests and catting their hands after they paid to enterby the wonderful door crew of Mike, Sabrina & Gintia! Also available in the lobby were Airship Passepartout Pins and high quality prints of event posters from all five of the Yellow Cabarets…plus posters and post cards for Yellow Cabaret VI – Vive la France!

Once inside the main room volunteers from Yellow Cab were severing drinks which consisted of Airship Passepartout favorites: Simply Ernest & The Captain’s Wench as well as two wines and four local microbrews from Toxic Brew , Warped Wing, Yellow Springs Brewery as well as pop & water. Extra special thanks to Todd Martin & Rob Badger who took photos of most of the show, you can fiund links to their amazing photos near the end of the article…and interspersed throughout! 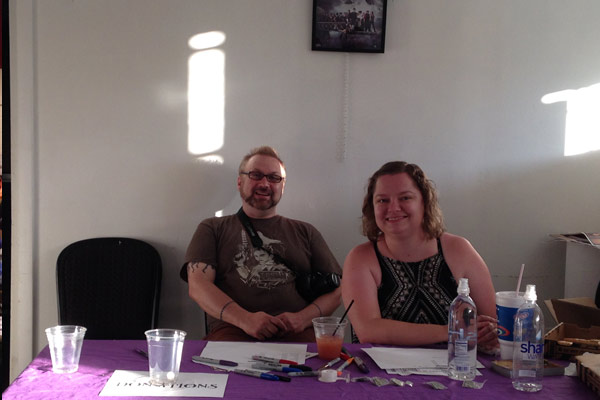 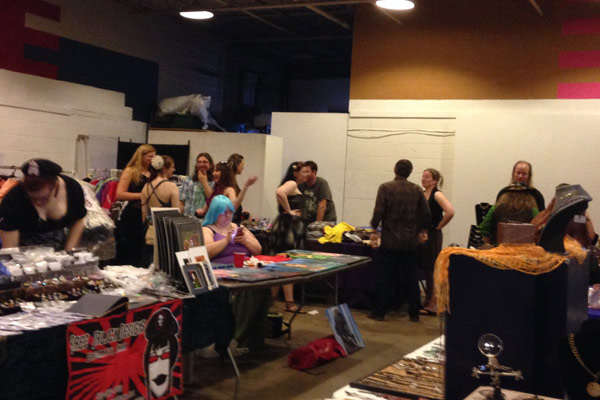 A view of some of the Vendors

At about seven thirty the entertainment started with the announcement of Merrie Hularingo from Cincinnati. Merrie performed indoors for about twenty minutes hooping her way through several songs. Even though the crowd was still a bit thin Merrie put on a great show and her LED hoops were great to behold. 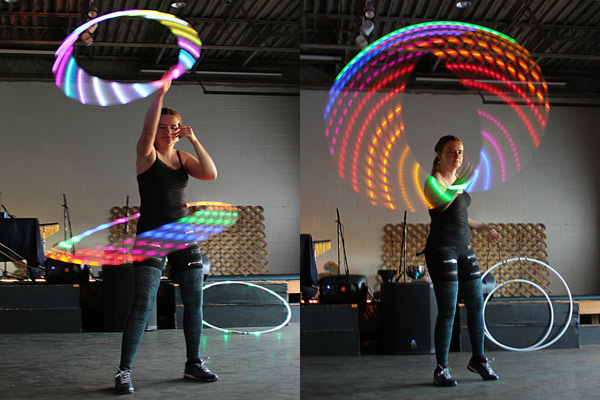 After a short break was the Dayton Debut of DJ Grog. This purple haired troubadour took the stage and played music to get the crowd dancing. With selections ranging from electro-swing, electronica and goth plus a few steampunk tracks thrown in for good measure.

As the last few songs of DJ Grog’s set were playing two well dressed gentlemen started to set up various pieces of furniture just in front of the stage. A few minutes after they were done Schatzi appeared wearing a 50′s housewife’s outfit. She then proceeded to wow the crowd as she performed an amazing burlesque number. 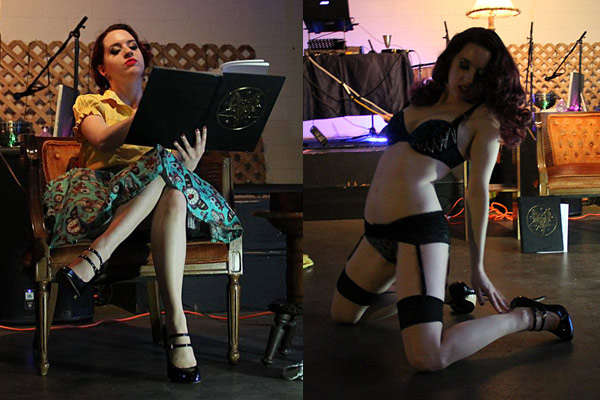 Soon the crowd was directed outside to form a semi-circle around Yellow Springs fire spinner Skye Amos Wolf who entertained the crowd up with her amazing spinning skills just as the sun was setting! 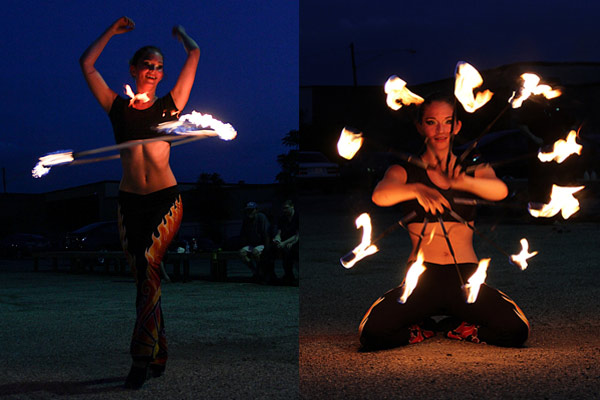 Once the fire was extinguished the crowd went back inside for a blazing hot performance by Miss Stixen Stones! 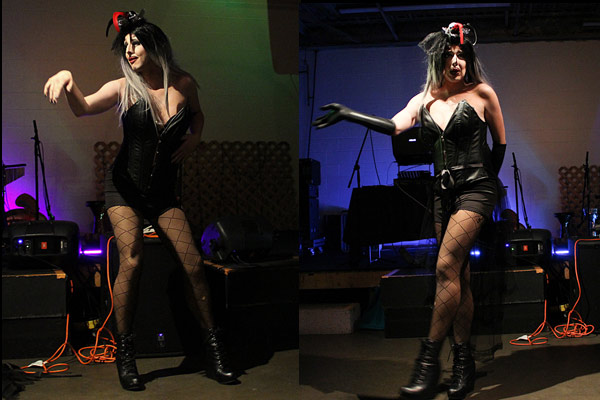 Next up was the Dayton debut of Cincinnati’s Dramatic Rhythms which is Electronic World Beat music composed by DaShane Starfox and various performers doing their specialties in front of the stage. There were a total of six very lovely and talented ladies on the bill for this performance and it was amazing to behold! I have included two photos of each performer below to give you an idea of what was seen! 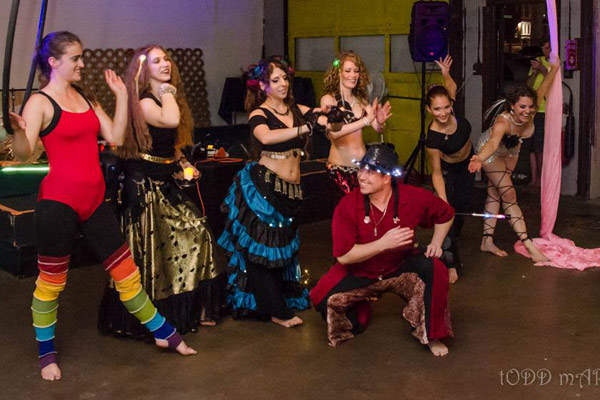 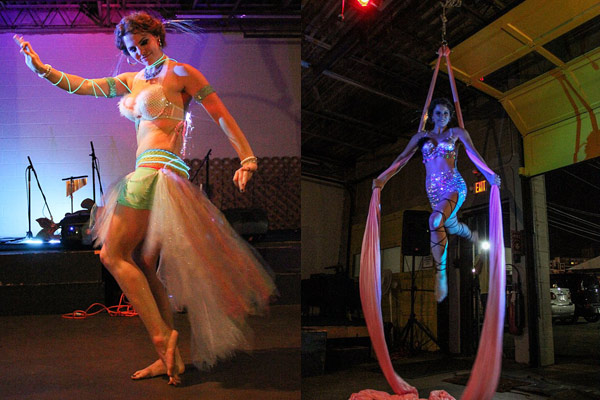 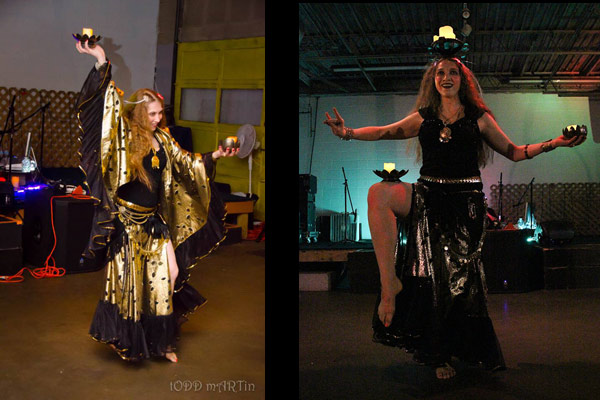 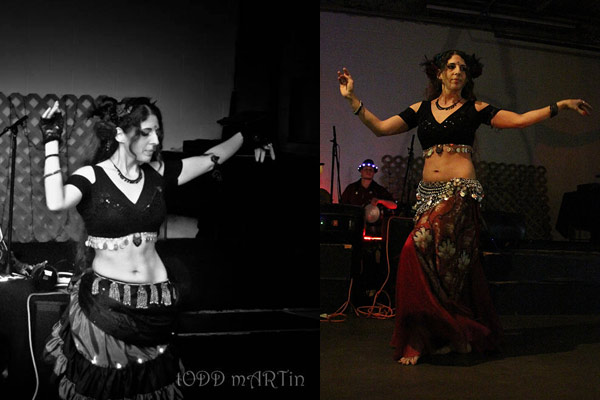 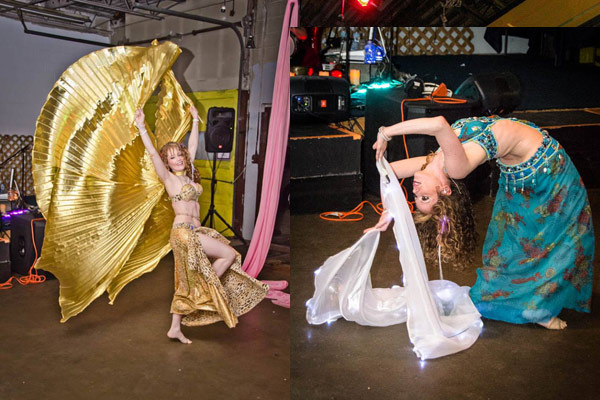 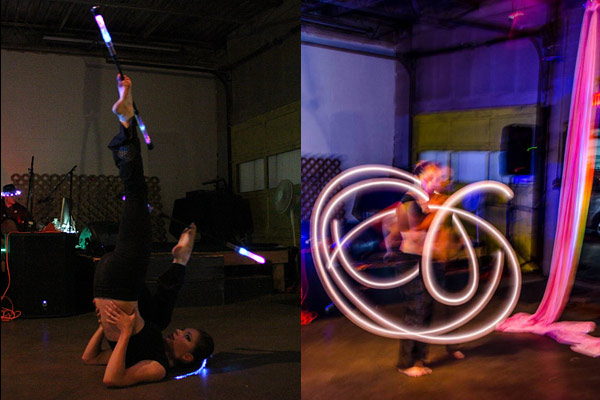 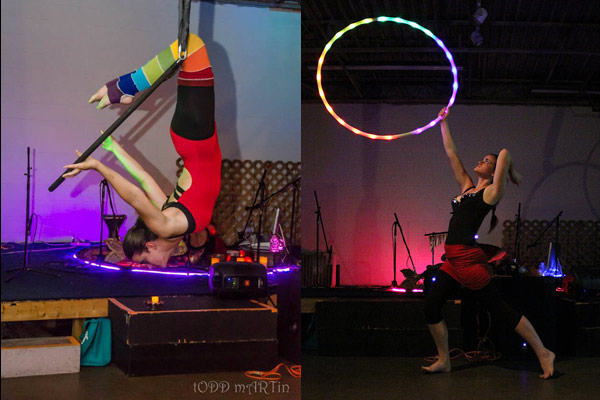 After a short break it was time for Schatzi to once again grace the stage at Yellow Cabaret. But this time there was a white backlit sheet in the middle of the stage with a male & female silhouette! Schatzi played out a full story of a tragic Femme Fatale. 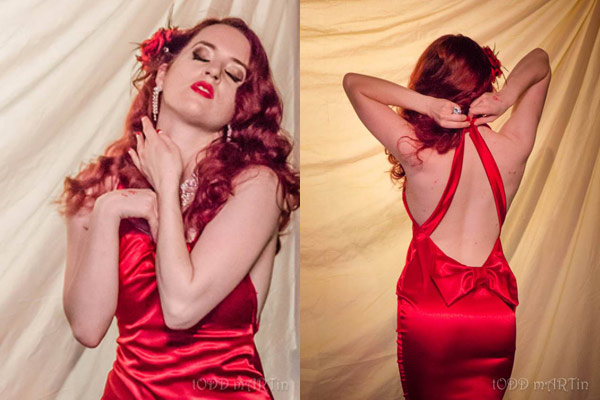 There was no time to cool down after the smoking hot burlesque because DaShane led the crowd back outside to share some of his newest fire props. 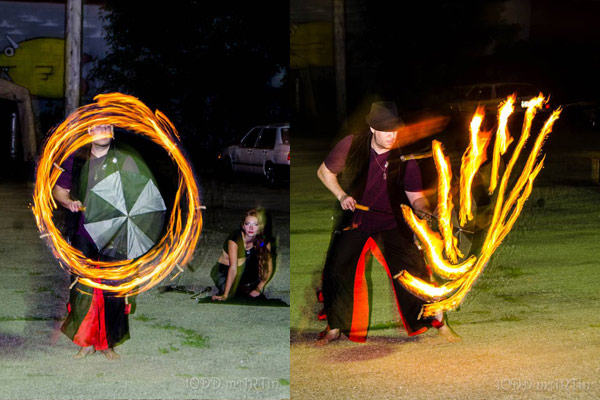 As the crowd filtered back in they were halted by the arresting Miss Stixen Stones who proceeded to heat things up with a very interactive performance that engaged the whole audience! 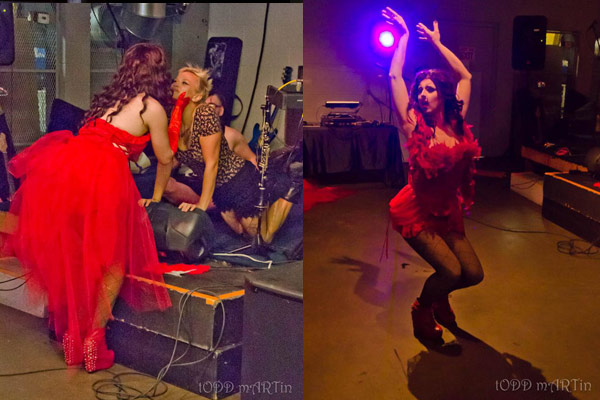 Finally as it was getting close to Midnight the indescribable Ford Theatre Reunion of Lexington took the stage and proceeded to rage through a nonstop set of accordion, guitar, keyboard, booze, drum, vocal, bass soaked awesomeness! 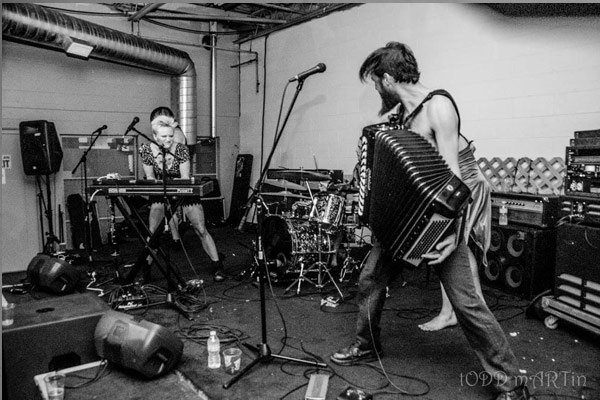 DJ Grog again took the stage to let people dance and cool down while they were leaving or packing up.

A big thank you to everybody who performed, vended, volunteered and attended you made this Ye Olde Yellow Cabaret the best one yet! We hope to see you at the next ones…especially if you weren’t able to make it out to this one! - Sir Ernest Octave Suszczynski: Captain of the Airship Passepartout!