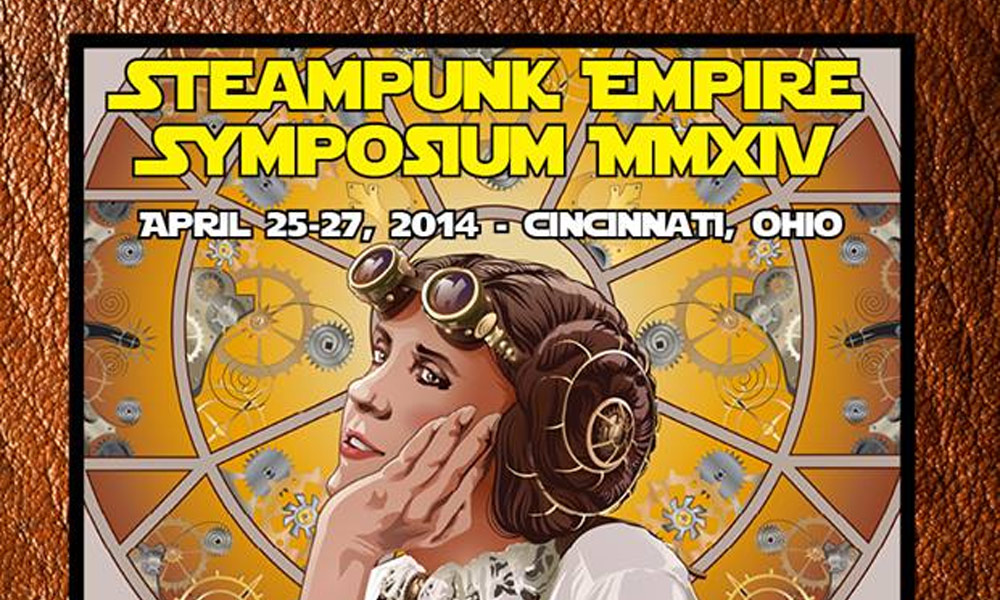 Held in Cincinnati in April each year, with 2014 being its 3rd, this friendly convention gathers the members of the social networking site The Steampunk Empire  and other steampunks. It features the Steampunk Chronicle  Awards announcements and the Symposium Games – a contest among airship groups featuring such silly events as Tea Dueling, Indoor Cricket, Nerf Dueling, Corset Lacing Relay Races, and of course the Airship Races. 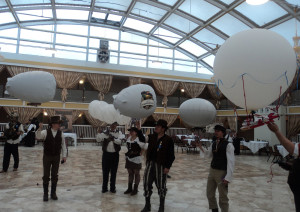