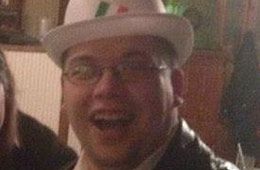 Bio: A weary traveler who woke up one day on the airship outside of the brig with handcuff in one hand and a ancient what is believed to be vodka bottle from when Stalin ruled Russia dazed and confused he vaguely remembers talking to the captain about how he is good at keep prisoners in there cells and calm and quiet. Having a big set of keys for the brig doors on his belt he realizes that he had pledged his loyalty to the air ship and his services as Jailer/ Correction officer.